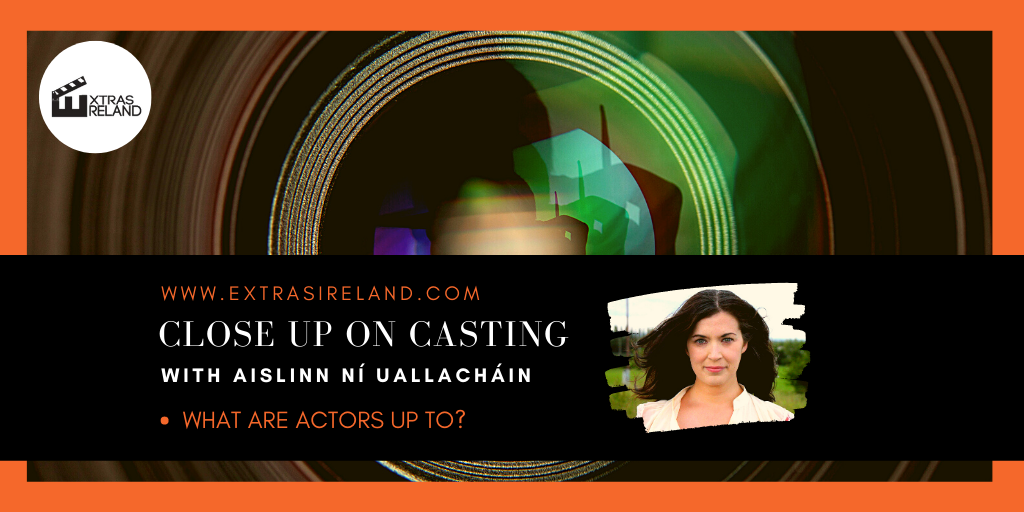 It’s a very tough time for us all at the moment. We’re missing loved ones, worried about our jobs and unsure of how the situation is going to be resolved. Having been an Actor for so long, I wonder how I would have coped had this happened a few years ago. Acting is a difficult path in terms of finance and self-worth at the best of times – let alone in the current climate. I’ve been reaching out to Actors to check how they’re getting on in the midst of it all.

1. Watching Classic Movies
Lots of Actors are watching classic films that they keep meaning to watch but just never get around to it. One Actor told me they’re working their way through all the Best Picture winners right back to the beginning of the Academy Awards as a study of great film-making and acting. If you want to learn, learn from the best! Recommendations from Actors include Planet of the Apes, On the Waterfront, All About Eve, To Kill a Mockingbird, Psycho, Rocky, The Godfather and Pretty Woman.

2. Doing their Day Job
As we know, most actors have a side job – teaching, tour guiding, retail, bartending and temping to name but a few. So for many it’s not only their primary job that has gone at the moment but their side one as well – that’s proving difficult for people. Thankfully, some actors are still able to work in their other job at the moment and are very grateful to have it – even if they’re usually dreaming of Hollywood. Jobs that actors are still doing include retail, admin, social media, content creation, electrician work and deliveries.

3. Caring for their Families
For some actors that I’ve spoken to, acting is the furthest thing from their minds at the moment. Like so many, their first priority is looking after their children and family members. Some are official carers for family members so making sure they’re okay is at the top of the list. One actor who cares for their mother told me that the situation has given them some perspective. They usually spend so much time worrying about their career. None of that really matters right now.

4. Feeling Incredibly Creative
In some cases, moments of difficulty can inspire great works of art. For some actors, the last few weeks have spurred them on to spend their time creating and developing their skills as an actor. They have been writing plays, making their own shorts, reading plays, recording voiceover from home, starting podcasts, learning more about how to use their camera and taking online acting classes and workshops. Not just in preparation for when all this passes but because they have the overwhelming urge to create.

5. Enjoying the Downtime
On the other hand, an awful lot of actors are feeling the opposite – not creative at all. In fact, one actor told me that in a strange way, it’s a nice feeling not being so caught up in worrying about auditions and jobs – because there aren’t any! It can be exhausting. When things are up and running again these actors will return to immersing themselves in their art but for now, they’re appreciating a slower pace of life, the chance to recharge their batteries and to reconnect with family and friends.